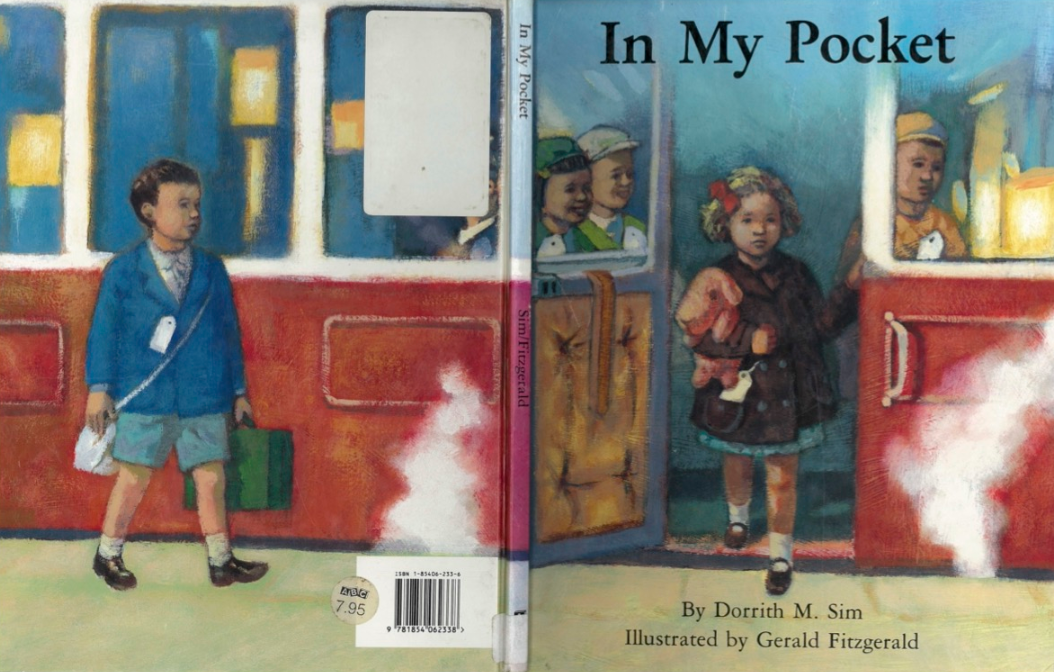 Stories of Hope and Encouragement

The UN International Holocaust Remembrance Day on 27 January is for everyone to commemorate the victims of the Holocaust. It marks the day that Auschwitz-Birkenau was liberated in 1945.

Yom Hashoah, the Jewish memorial day for the Holocaust, is marked on the 27th of Nisan, this year on 17/18 April. On this day, we reflect, share stories, educate our children,  honour the victims as well as the survivors of the Holocaust.

The mission of the WE ARE HERE! Foundation project is to promote Human Rights and Social Justice through the principle of choosing to be an Upstander. Our focus is on education,  language, literature, music, film, the arts, and other cultural forms.

We feature the Partisans’ song, long revered by Holocaust survivors, including to this day. The very words embrace the understanding of what it takes to be an Upstander, and not a bystander. The message is relevant today both in the schoolyard, the sports field, and on the internet, to counter cyberbullying. 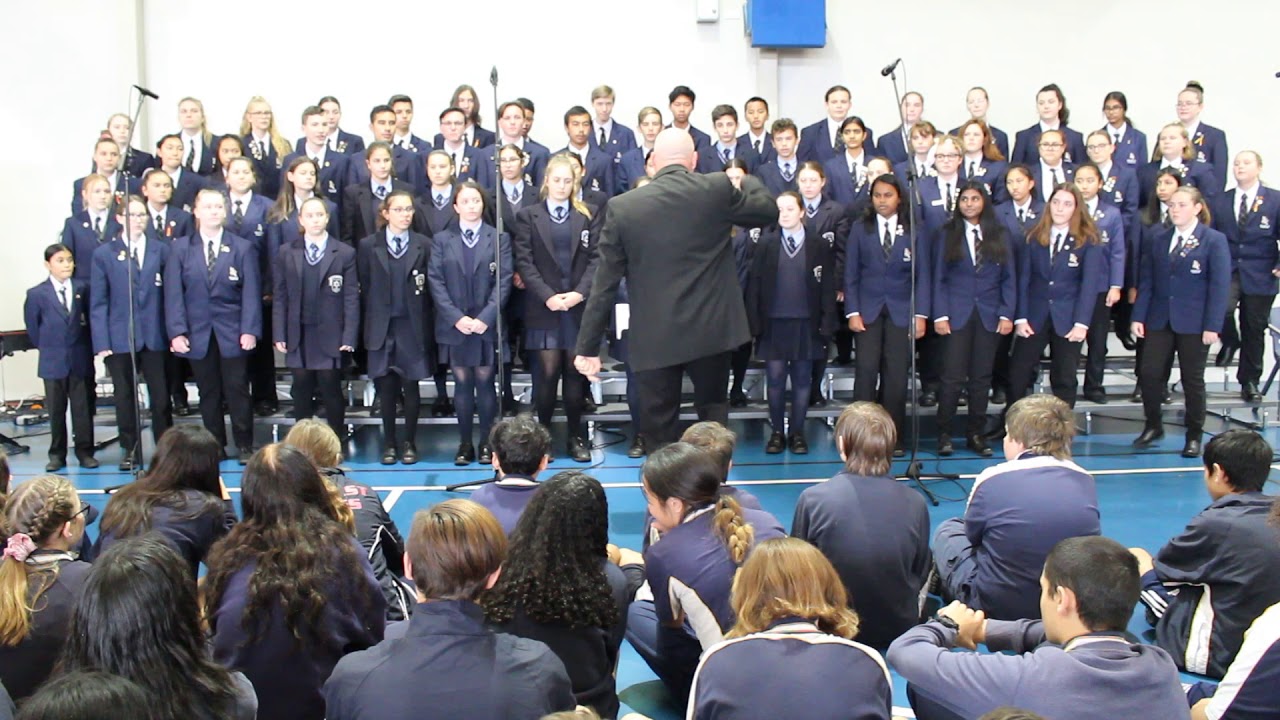 The Partisans’ Song in Maori at the New Zealand Parliament

Holocaust Centre of New Zealand  WE ARE HERE! 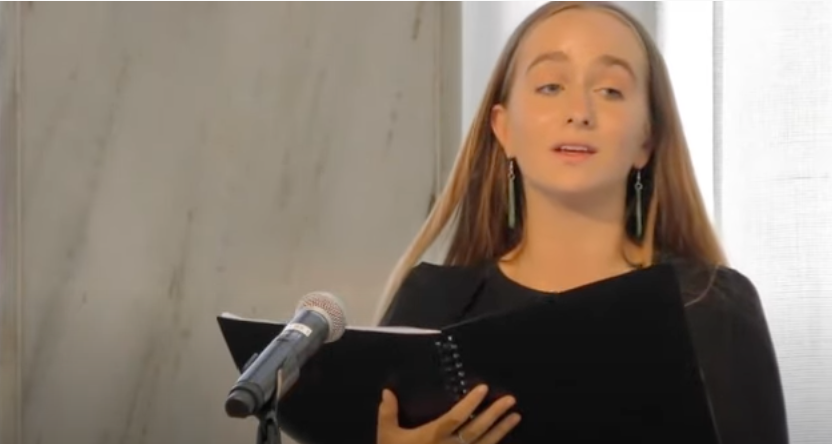 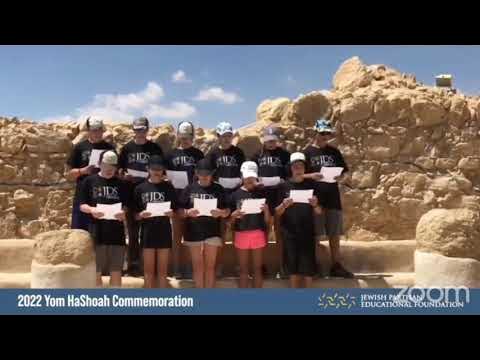 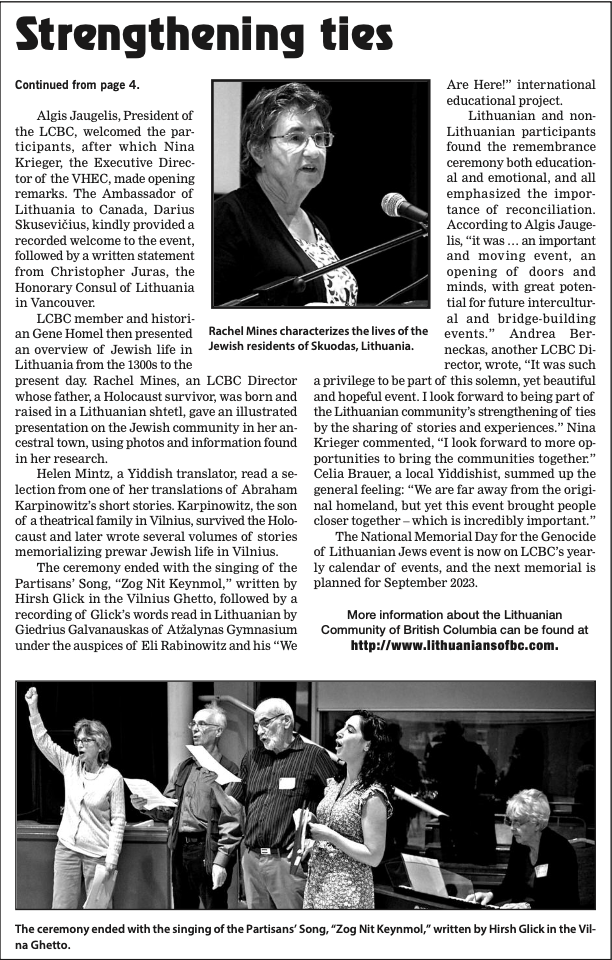 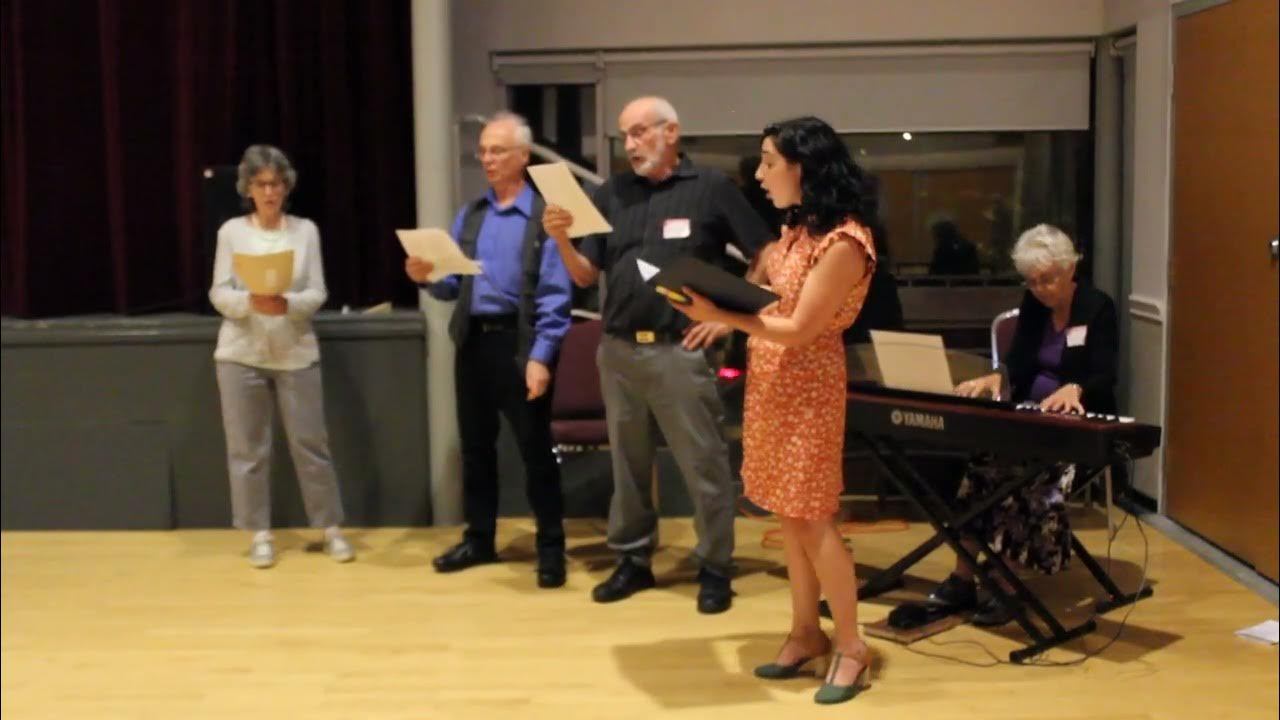 The WE ARE HERE! Foundation is pleased to announce the following new education initiatives.

For more information  and to register for our free programs, please complete the Contact Form towards the end of this web page.

IN MY POCKET Project on the Kindertransport and displaced people, suitable for 9 to 12 year olds

Today, there are millions of refugees and displaced people, many of whom are children. This project highlights their difficulties when leaving their country of origin and settling in a new country. They would experience language, identity and belonging issues, the changing of family roles and cultural differences. As an example, there are currently two million refugees from the Ukraine in Poland alone.

From the historical perspective of the In My Pocket project, its message is as relevant as ever before. This project originates from the important period of history when 10,000 children were forced to leave Germany and relocated to the United Kingdom. It is told from the perspective of a young person.

The book In My Pocket by Dorrith Sim tells how, as a seven-year-old Jewish girl, Dorrith had to flee Germany all alone. The separation from her parents was final. But while Dorrith’s story is sad, first and foremost, it is the story of her rescue and her coming to terms with her new life in a different country.

At the same time, it enables a new perspective on the current situation of refugees. It’s important to note there are over 100 different nationalities in Western Australia, and this project translates across all communities. It provides a clear link to what young people from diverse backgrounds could see and face about their ethnicities. 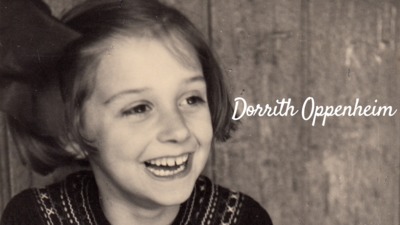 Video
Points of Arrival – Dorrith Sim (Subtitled)
Dorrith Sim was one of the thousands of Jewish children who arrived in the UK in 1939 on what became known as the Kindertransport. Travelling alone and speaking little English, she was taken in by an Edinburgh family. After the war, Dorrith chose to remain in Edinburgh. She wrote a book about her experiences and became an ambassador and spokesperson for her fellow refugees. Narrated by Noa Wilkes, film by Chris Leslie. For more information on this project, see jewishmigrationtoscotland.is.ed.ac.uk

WA MUSEUM In My Pocket

Dr Bill Allen has developed comprehensive resources for WA teachers of Year 10 to use to teach the Holocaust part of the in-depth study on WW2.

There are two sets of resources here: (i) textual resources with lesson outlines, readings, discussion templates, lists of videos and activities; and (ii) a PowerPoint for the teacher that accompanies and supports the textual resources.

They are  free  – apply on the contact form below

“Thank you to the “WE ARE HERE! Foundation” for creating and making their suite of useful and informative resources available for History teachers. The resources have been well constructed and sit beautifully with the West Australian curriculum.   I would strongly suggest that all WA History teachers take the time to investigate the website and look forward to Bill Allen’s presentation on utilising the resources at the HTAWA March State Conference.”
Catherine Baron
Principal
Lakeland Senior High School 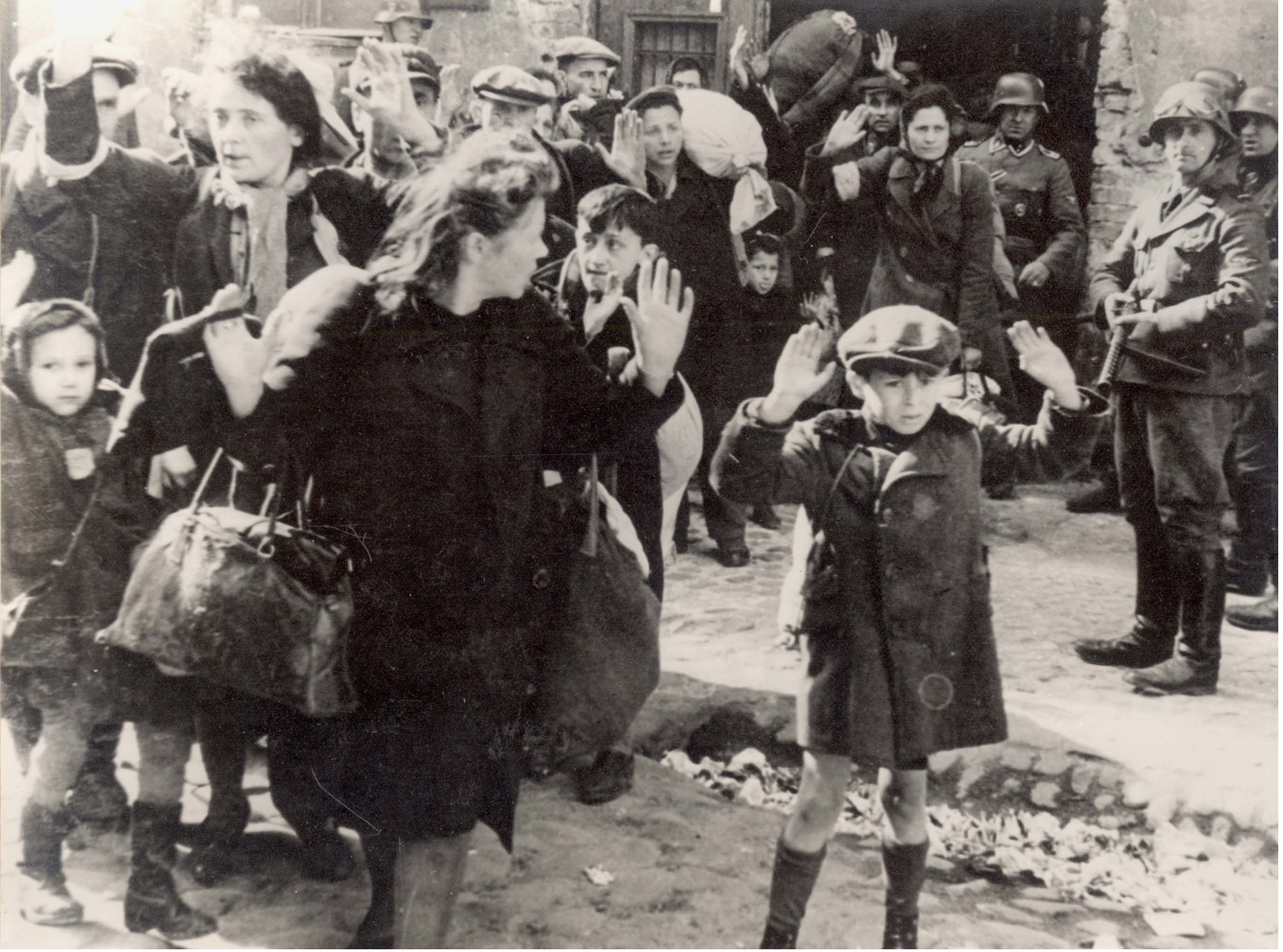 WA Year 10 Holocaust WE ARE HERE! 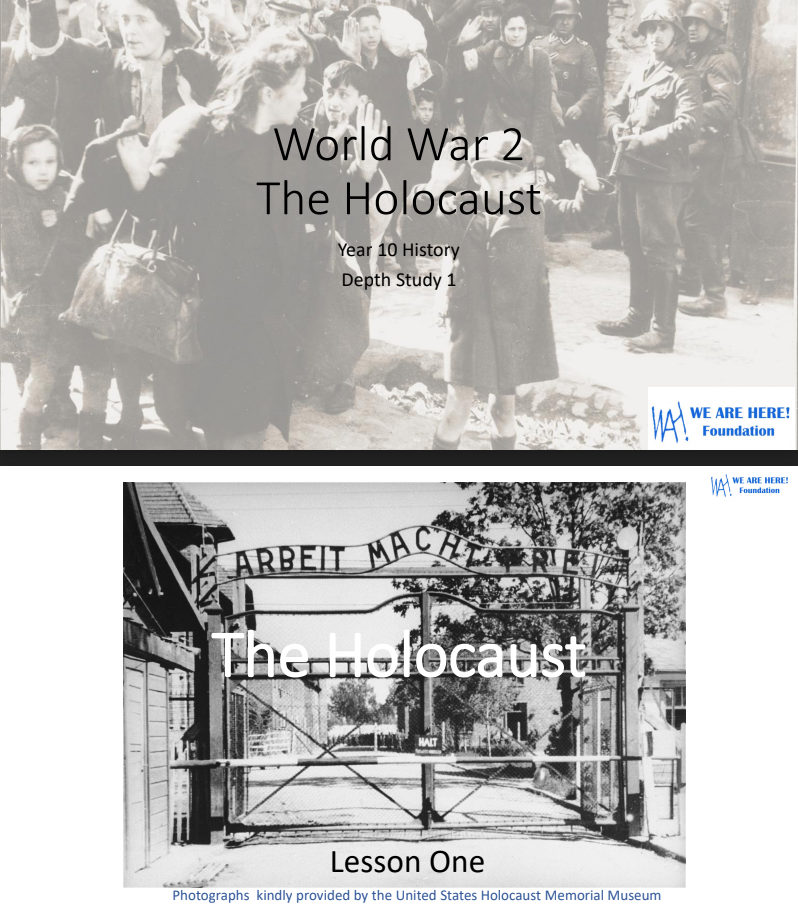 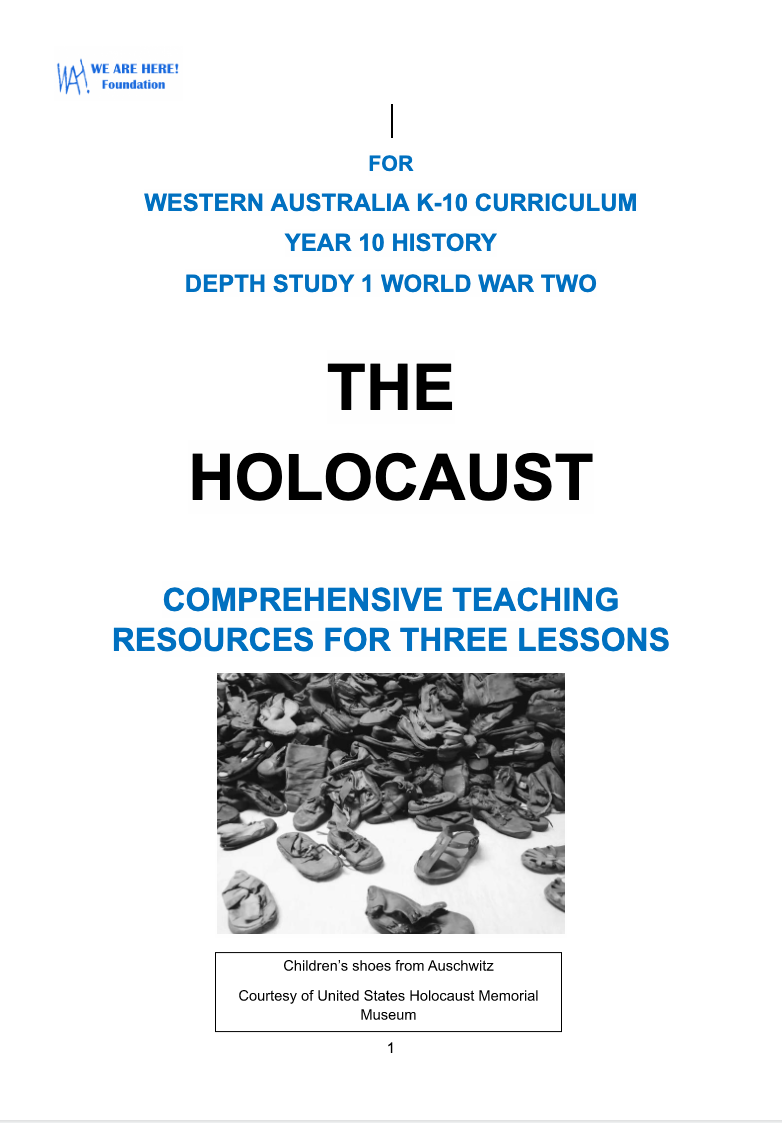 Handbook – The Holocaust and The Australian Aboriginal Responses   by Barbara Miller

This handbook is a resource for educators and teachers and for upper secondary students and adult education programs in Australia and internationally. 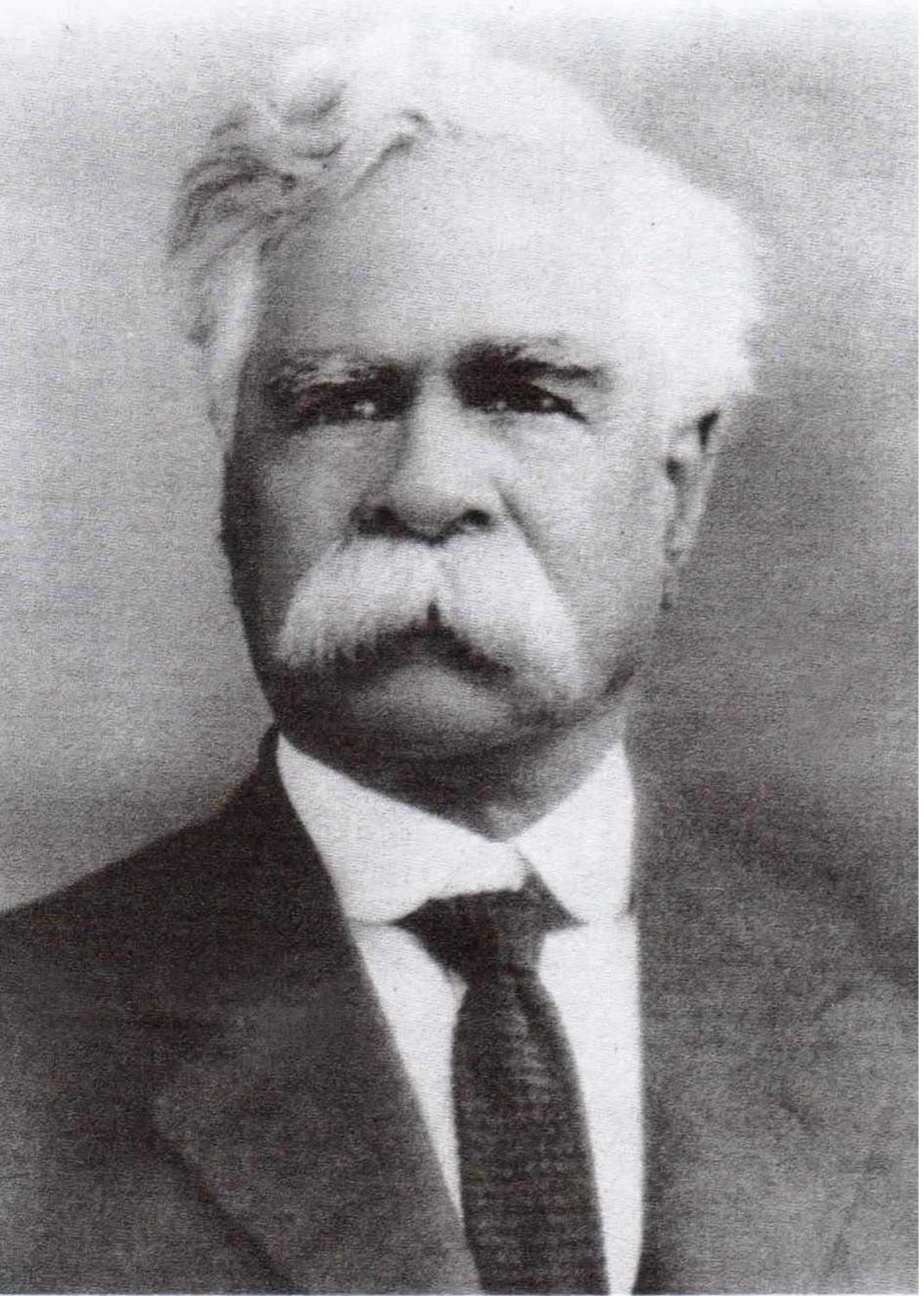 “Some say that William Cooper only performed one act of solidarity in protesting to the Germans cruel treatment of the Jews. However, I sense that he has become more than a Christian Aboriginal upstander. He has become a symbol of the bond between Jews and Aborigines which was formed through his protest and which has deepened with the commemoration of his actions.” Barbara Miller 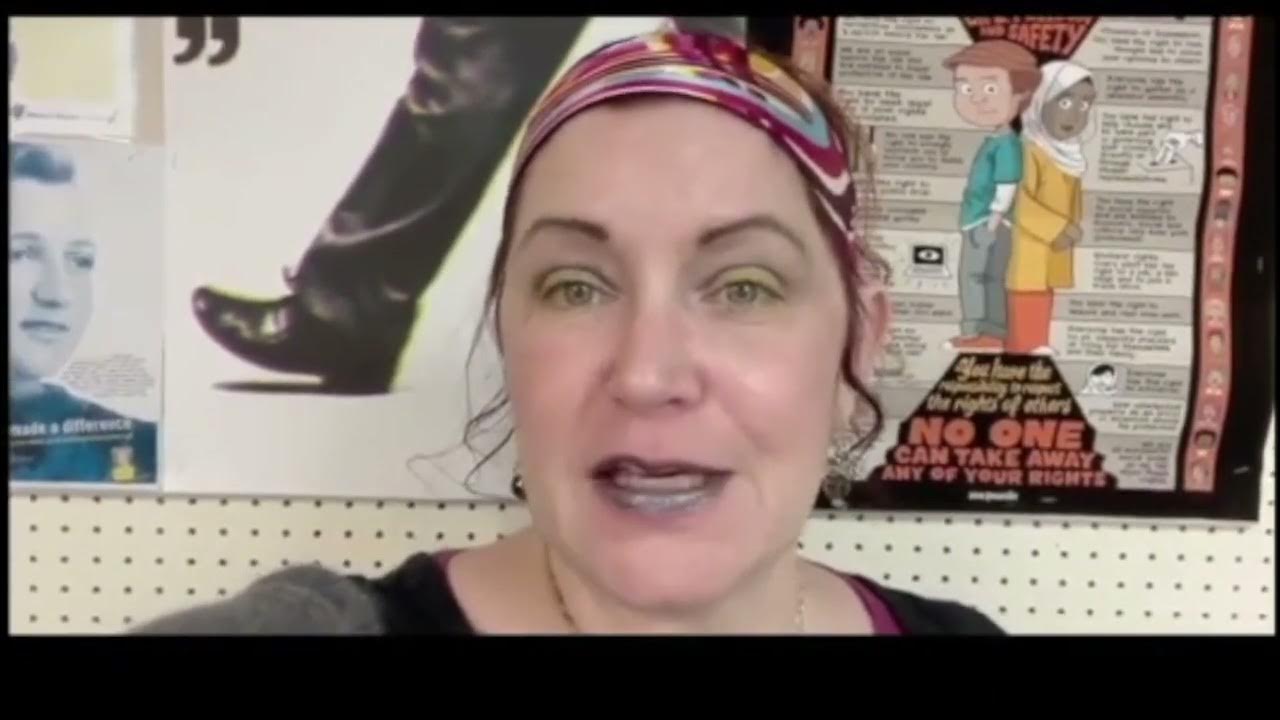 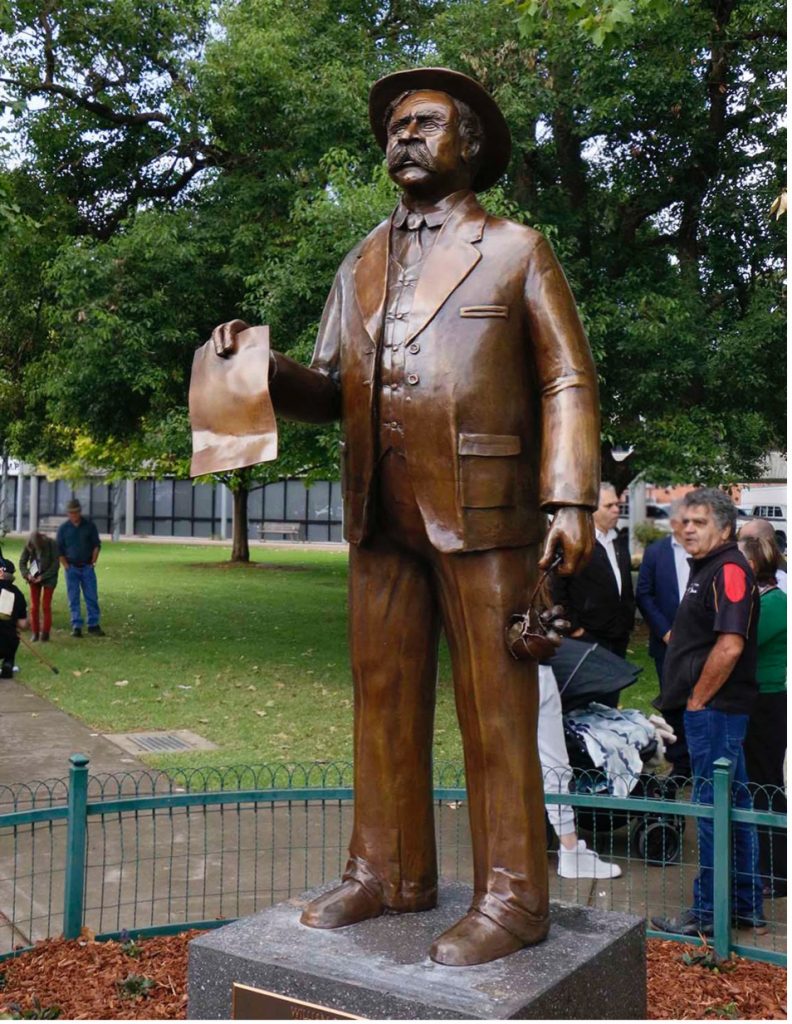 We choose William Cooper as our ambassador because he was a quiet activist who set out against the odds to protest. William Cooper is a fine example of an Upstander. So are his family, and those who follow in his footsteps!

Success is not always achieved overnight. William Cooper marched to the Melbourne German Consulate on 6 December 1938. This deed was only fully recognised by the German government in 2017. 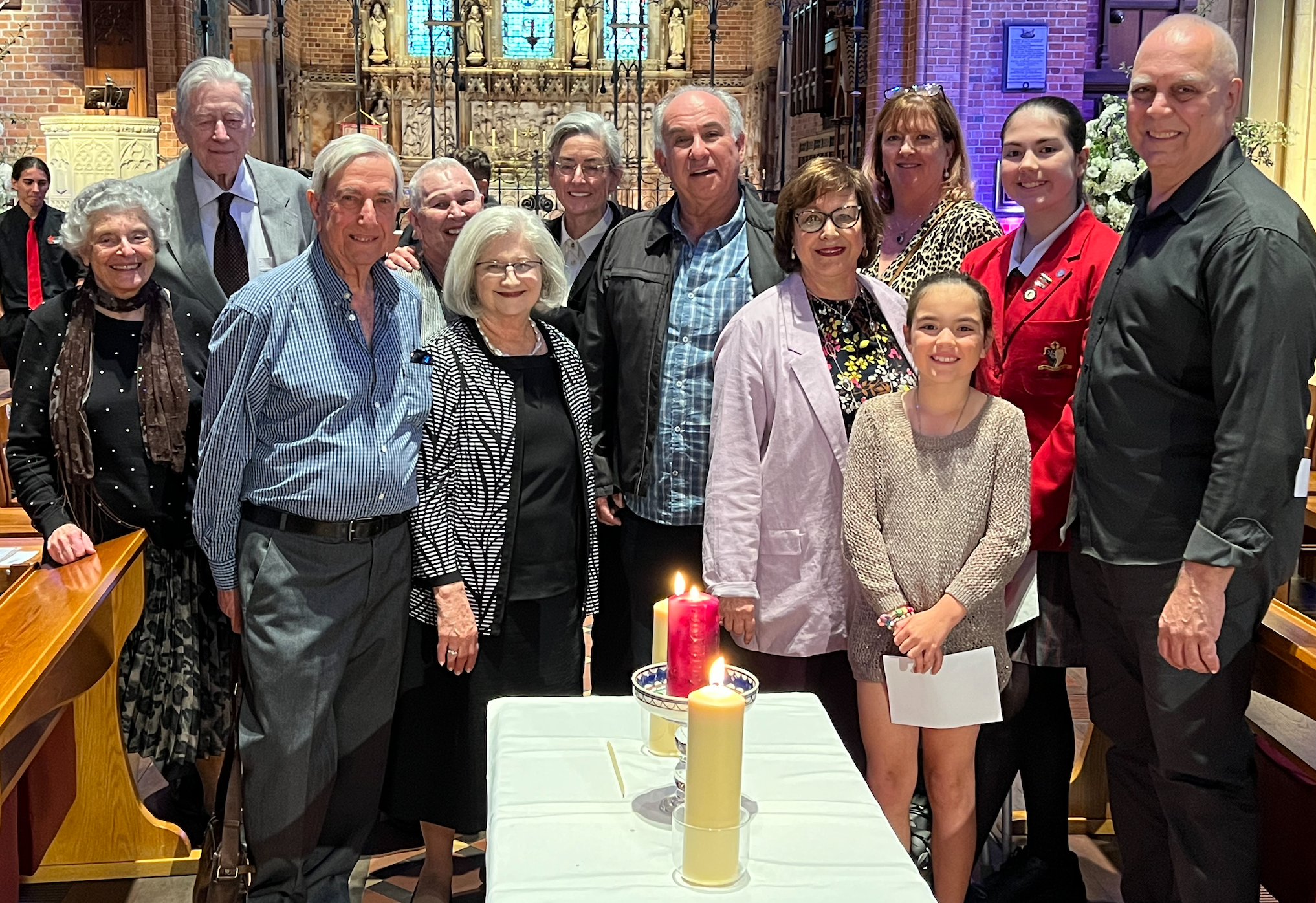 Handbook  The Holocaust and the Australian and Australian Aboriginal Responses  WE ARE HERE!

More resources on the Partisans’ Song

All these resources are offered to educators and students at no cost, as long as the source is credited. Thank you. 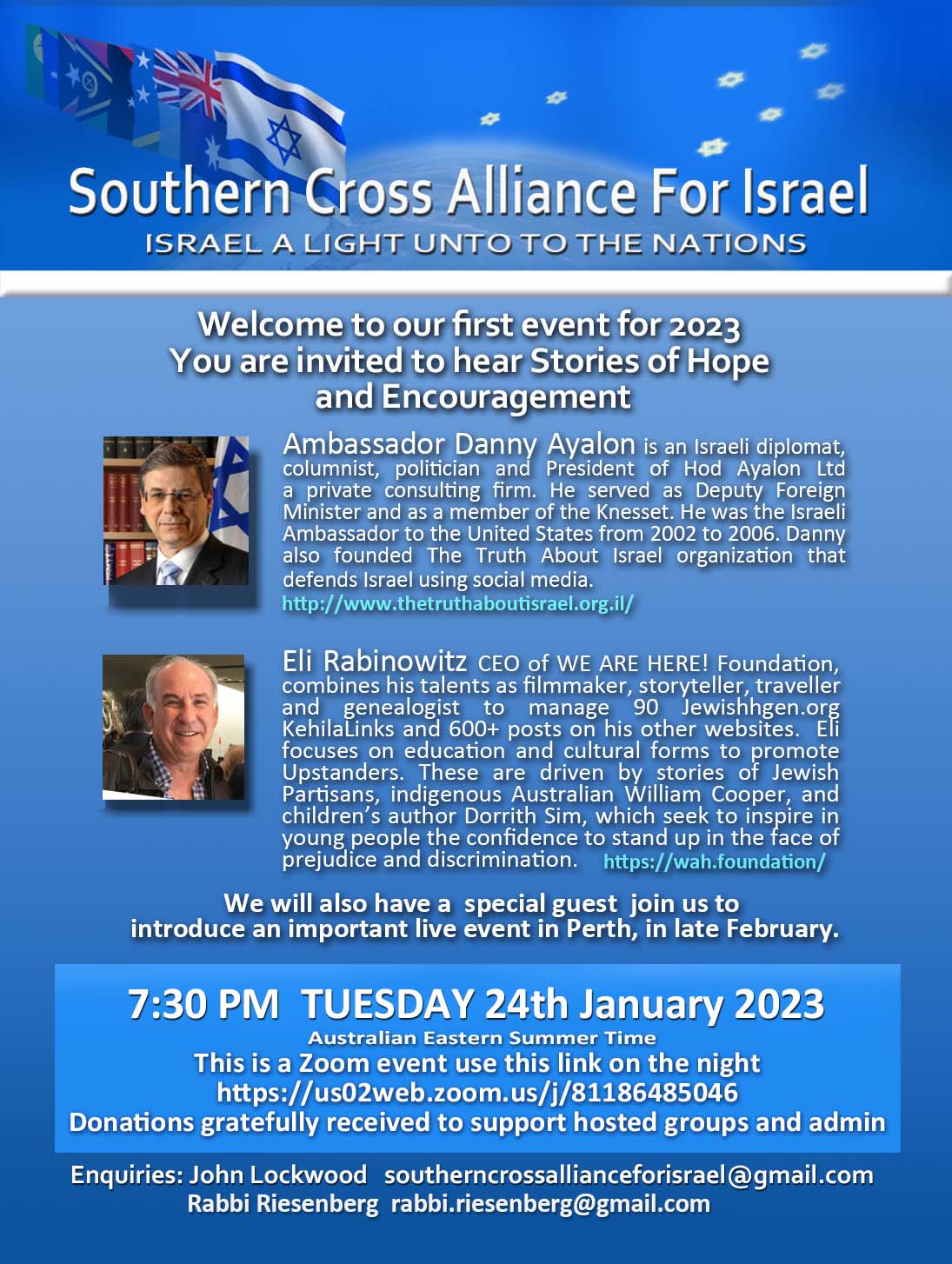 Eli Rabinowitz, CEO of WE ARE HERE! Foundation, combines his talents as filmmaker, storyteller, traveller and genealogist to manage 90 Jewishhgen.org KehilaLinks and 600+ posts on his other websites.  Eli focuses on education and cultural forms to promote Upstanders. These are driven by stories of Jewish Partisans, indigenous Australian William Cooper, and children’s author Dorrith Sim, which seek to inspire in young people the confidence to stand up in the face of prejudice and discrimination.